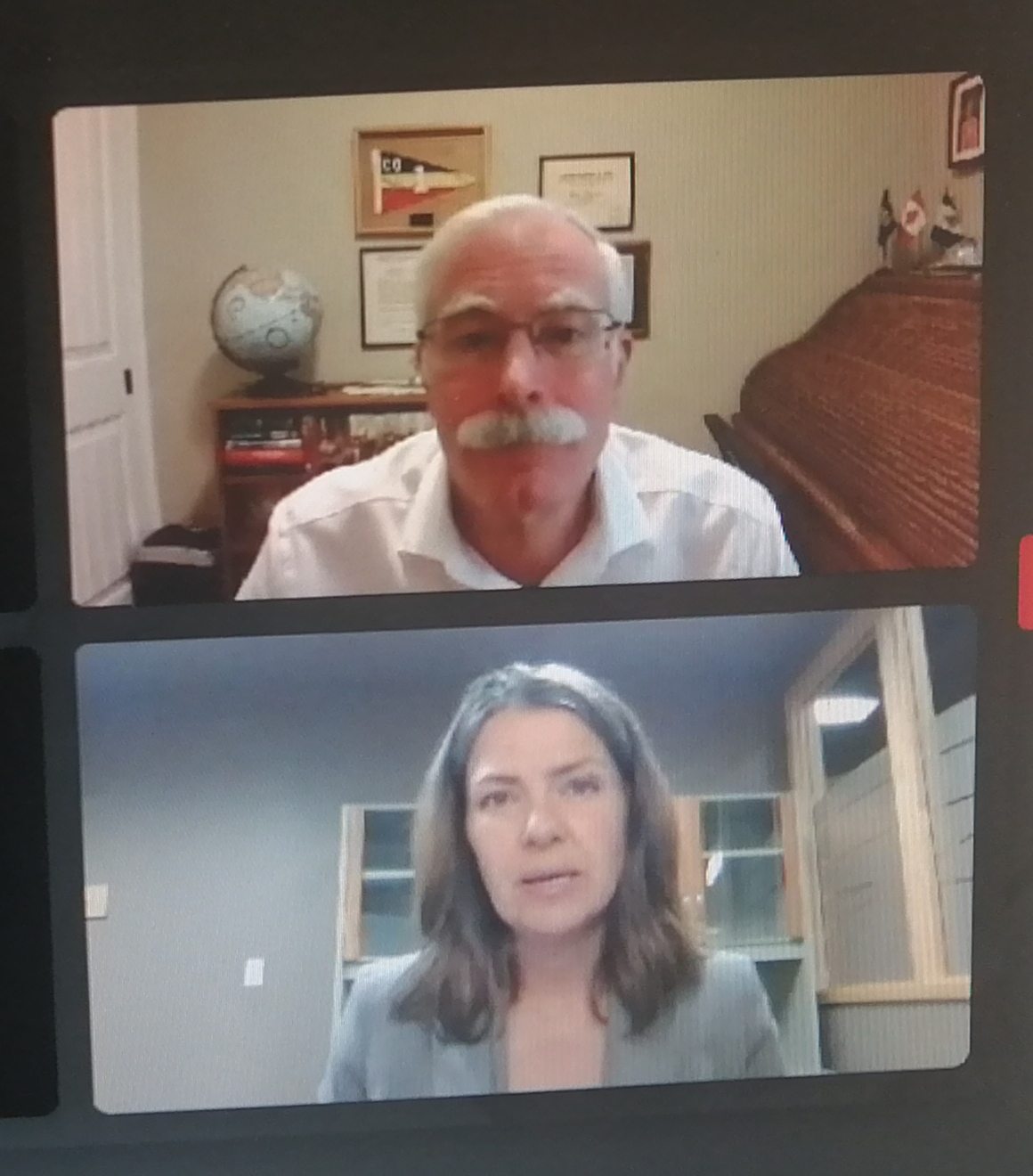 In Canada — in an emergency and in the country’s emergency management process — governments have pre-defined, pre-written plans, noted David Redman during a “Hot Topics” virtual webinar July 7 entitled, “Beyond the Crisis: The real story on our government’s pandemic response.”

As for these plans, Redman said, in Alberta there is one dated from 2014 — “which I believe has been ignored.”

Every province and territory in Canada had a pandemic response plan, Redman added. “And they’re written on the hard lessons learned — that we learned from all the previous pandemics and from other experiences in responding to emergencies.”

Lockdowns due to the COVID-19 pandemic, argues Redman, were the wrong approach to tackling the global pandemic in Canada. Redman, a retired lieutenant colonel with degrees in electrical engineering (according to an online bio) and former head of Emergency Management Alberta, said the approach by governments has led to unnecessary deaths and undue economic hardship.

Redman explored the notion Canada’s governments, both federal and provincial, failed to formulate the proper response to the pandemic, while contending the use of lockdowns has cost lives and caused unnecessary damage to the economy. Redman was instrumental in Alberta’s pandemic response plan in 2005.

One of the items listed in the province’s plans is the use of non-pharmaceutical measures or “lockdowns,” which Redman said shouldn’t have been used in the COVID-19 pandemic response.

According to 2019 documents from the World Health Organization and from a number of infectious disease doctors — the quarantine of exposed individuals and workplace and school measures “are not very effective in reducing the spread of the virus.”

“But, they do cause severe collateral damage,” added Redman.

In the Alberta plan, Redman explained, there were four goals listed in the 2014 document — slow the virus down and stop it, make sure social disruption doesn’t happen, make sure there is minimized economic impact and make sure the province uses resources wisely. “We have failed in four out of four of those goals.”

As for the Canadian response, Redman said it has been “incoherent” at best.

Back in February 2020, Redman continued, governments knew who was most at-risk — 95 per cent of the deaths in China and elsewhere were in people over the age of 60, “all with severe multiple comorbidities.”

“These people were frail. The average age of deaths in the world is 84 years old with three or more comorbidities,” Redman said. In Canada, up to 26,000 deaths have been seen to-date and over 90 per cent of the deaths have been exactly in that age group.

“We should have immediately done targeted response. That’s what emergency management calls for. We should have looked at our long-term care homes and we could have offered quarantine options,” said Redman.
“Instead, we simply ignored it and we pretended locking down the whole society would make a difference and it clearly didn’t — 25,000 out of the 26,000 deaths in Canada are in that age group and we failed them.”

“We followed a lockdown practice, not a targeted practice. Even if we had spent significant money to try and overcome pre-existing challenges in our long-term care homes, it might have cost a couple of billion dollars, but it wouldn’t have cost the $400 billion we spent keeping healthy people in their homes,” said Redman. “We should never have told people under 60 this disease was anything other than a seasonal virus.”

Redman said Albertans were told the medical system was being overwhelmed. “To me, that is absolutely the incorrect use of fear. We should have never been in danger of overwhelming our medical system.”

“The reason our hospitals and facilities are overwhelmed is because it’s the people over 60 with multiple comorbidities we didn’t give targeted protection to that are filling up our hospitals and our ICUs and we definitely shouldn’t have stopped other medical procedures,” he added.

When emergency management agencies should have been placed in charge to develop concepts and plans, Redman said, “we handed it to health.”

As for the COVID-19 virus, he said, “you simply cannot stop its spread in an open and free democracy with an economy linked continentally.”

The impact of doubling the national debt is also going to have a crippling effect on the Canadian healthcare system in the future, “not to mention the mental health, the lack of funding for mental and societal health and our other severe health conditions — because we’ve blown the budget.”

Lockdowns, Redman reiterated, did not save the country’s seniors. “A targeted response most likely would have.”

“The use of lockdowns did not have a significant impact on the spread.
They didn’t slow it.” Lockdowns have caused massive collateral death and damage and will continue to do so and “we knew they would,” he said.
“Studies before the pandemic told us not to use them.”

Redman said Canada’s prime minister, the country’s premiers and ministers of health, “are the ones responsible for this and they need to be held accountable.”

Moving forward, Redman said, governments in Canada need to make sure there’s a written response and recovery plan. “And we demand it from our premiers and our prime minister.”

“We still need to protect our most vulnerable,” Redman said, and governments must ensure it doesn’t happen again.

The virtual webinar was presented by the Alberta Newspaper Group, parent company of the Lethbridge Herald.

A recording of the webinar can be found at https://event.webinarjam.com/go/replay/140/7q58xsyxs3zb50fw