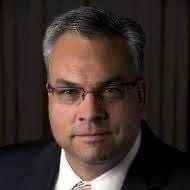 A new challenger enters the ring this year, as Ken Holst rallies troops to his banner for this upcoming municipal election.

Holst announced his plans to run for mayor back in March, and has spent the months since organizing his battle plan, which he had condensed into three main pillars known as TUG.

“If we can build those three main pillars, they will create the foundations for all things we need to do and I think that’s critical to lay that foundation and build upon that in the coming years.”

“This could ratify issues — where people don’t agree with a certain decision.”

If a mayor is transparent and explains the why and how it’s the best decision for Taber, Holst continued, it could help ease a lot of hearts. Secondly, Holst identifies unity as being the second major pillar in his campaign. Holst claims the world has been rather separated lately.

“If we can band together as a community and have that unity to say let’s do this together, let’s make this a better place together, let’s all be involved — whether it’s in decision-making, sweat equity or whatever the case may be — let’s do this together. One mayor can’t do it all, but can inspire others to do it, collectively. The last pillar is growth, according to Holst. “We really need to play on our strengths and show to the world, show them who we are and what we can offer.”

Holst believes if residents can help grow the town and its attractions, “we can entice people to live, work, contribute and start families in Taber.”