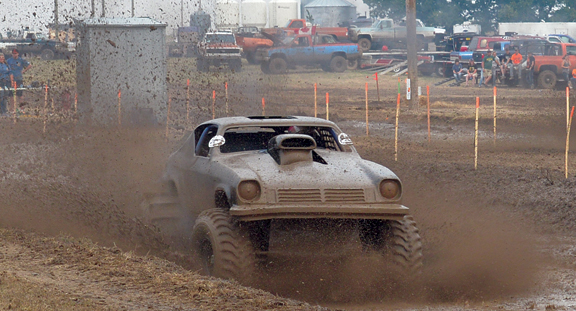 After Municipal District of Taber was briefed on a request for a one-time tax relief grant, the issue was needing a resolution.

The M.D. had received a letter from the Southern Alberta Outlaw Mud Bogs Association (SOMBAT) requesting a one-time tax relief or recreation grant funding in the amount of $5,792.78 to repay the landowner for their not-for-profit association related property taxes.

Council originally discussed this topic at their Feb. 25 meeting and had requested administration bring some options forward for their March 10 meeting.

“Last year, they came to us asking for dust suppressant and we denied that request based on the fact they were a professional mudbog circuit and they made money at their event and charged for their event,” said Deputy Reeve Jen Crowson. “Their letter indicated that they have been able to donate to other organizations on an annual basis, which is great, but based on their numbers that is an average of $4,400 a year that they are donating. Just one thing to consider, if we approve this request, we are essentially giving them money to donate to other organizations.”

The fact the group had failed to review their tax notices and come forward with an application to the Community Organization Property Tax Exemption Regulation (COPTER), which exempts not-for-profit organizations from property taxes, was still an issue.

“When you have a tax notice, you need to look at it and you have a time period for that purpose. That was missed for two years in a row,” continued Crowson. “I wouldn’t be in favour of giving them the total amount.”

In other cases where landowners brought forward a request for tax exemptions, the M.D. has almost always denied the request.

With that in mind, some were wary of doing it in this case too.

“I know we have turned down homeowners who have been late. That was just for a few hundred dollars so I would be wondering why we would be returning one for a few thousand,” said Reeve Merrill Harris.

The fact the group was not-for-profit and was providing some economic activity in the region was looked at positively by council.

Not wanting to see an organization close their doors, most were in favour of providing some type of relief for the group.

“This group has been doing good things in our community and it does bring some economic development,” said Coun. Tamara Miyanaga. “I would be interested in showing an act of goodwill. Maybe not the full amount but a portion.”

A motion to provide SOMBAT with a one-time recreation grant of $3,000 was approved 5-1, with Harris providing the opposition.

Coun. Brian Brewin was absent from the meeting.