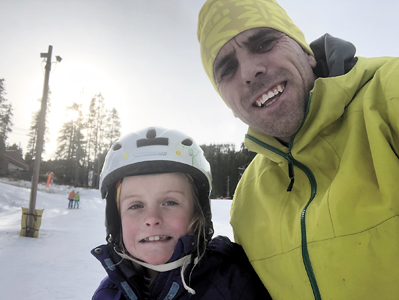 Unfortunately for local CF advocate Marten DeVlieger, the move is a slow step forward in the race to save lives from the horrible disease.

“It’s definitely a good move forward and positive. But, basically, the drug they approved is for about five per cent of the CF population with a rare genotype. This drug is not a new drug. This drug was approved in 2014 and the government has refused to cover it for patients until now because we got very angry and loud,” said DeVlieger.

For the other 95 per cent of CF patients, advocate groups are fighting for a portfolio deal with Vertex Pharmaceuticals which includes Kalydeco, Symdeko, Orkambi and the new wonder drug Trikafta.

“The new drug treats 95 per cent of CF patients, it’s the real miracle drug,” said DeVlieger. “It’s a little misleading headlines everywhere where people think the UCP is covering cystic fibrosis drugs for patients. Yes, they are covering a drug after six years, that the world has had for five per cent of patients. What we are worried now, is that when Trikafta comes to Health Canada for approval, are they going to take another six years to bring in this drug?”

DeVlieger is one of approximately 4,300 people in Canada afflicted with Cystic Fibrosis and has spent the last year being an advocate for drug access, doing several social media campaigns and pressuring local, provincial and federal politicians.

The issue DeVlieger has been highlighting is that Canada has not been willing to change their guidelines for drug approval, and so Vertex is refusing to put in an application for Trikafta.

“It’s a complicated process. Canada has something called the PMPRB (Patented Medicine Prices Review Board) which negotiates prices of rare-disease drugs. Then there is a process called CADTH (Canadian Agency for Drugs and Technologies) which gives recommendations to provinces of whether they should cover the drug or not,” said DeVlieger.

“The way the PMPRB guidelines are written, these companies with the rare disease (drugs) don’t want to put applications into Canada until the guidelines are changed so they can do business in Canada. At the end of the day, it’s all about money where the patient is caught dying in the middle.”

According to DeVlieger, Vertex only wants to pay for a portion of the drug, which is around 90 per cent less than list price.

“This is not just Cystic Fibrosis this is going to affect. Anyone with a rare disease is not going to get the benefits of these new drugs in the world because they don’t want to do business in Canada. The government is saying Vertex is at fault, but if every other developed country now either has an application, or has Trikafta for their patients, we are the only one that doesn’t. Why are we so different?” questioned DeVlieger.

“We are pushing with the PMPRB to put physicians on there and listen to actual commissions and doctors. Then you go to Health Canada for approval and who knows how long that will take. Then you go to CADTH and the individual provinces to see if they will cover Trikafta. This last drug took six years. How long is this going to take where places like the U.S. and Sweden who did it almost instantaneously.”

They say the wheels of bureaucracy move slowly, but those with rare diseases like DeVlieger’s can’t afford to wait. People have been continually able to live longer with CF in recent decades, although the median age now in North America is in the upper 30s-mid 40s range.

“We have a broken system that needs to be fixed. The sad thing is, we had a young girl die in Nova Scotia recently and they asked for Trikafta and they wouldn’t give it to her. There are tons of people on transplant lists that could be on transplant lists if they were on this drug,” said DeVlieger. “There could be savings to the government. They need to look at the whole business model to it. You got bureaucratic people up high that aren’t communicating with companies and doctors and we are dying in the middle of it.”

DeVlieger added part of the problem may be as well that ‘Big Pharma’ is gauging governments who they think have open chequebooks, although he is unsure exactly how much research and development costs there are in making these drugs in deciding if the price tag is warranted or not.

“I don’t know the business exactly. But at $300,000 a year, that is quite steep. Maybe Vertex isn’t playing nice either and holding us patients hostage, so that we get so pissed off at our government, until the government says we will pay you whatever you want,” said DeVlieger. “There can be two sides to the story. I think they are greedy and the people at Vertex Pharmaceuticals should be ashamed and so should their shareholders. Sure they have been working for years on the drug, but you get to the point of what is greed and what’s normal business? But Vertex has openly said they are willing to make an open portfolio with each province or federally.”

DeVlieger cited cases in the U.S. where patients were on lung transplant lists with 20-30 per cent lung capacity due to CF who are now up to 60 per cent after taking Trikafta.

“There are some people where it was caught at a young enough age, that they are off all their medication,” said DeVlieger. “I know a guy who after taking the medication, he went to it being a battle, to having a life. He is looking to go to college, getting married. A lot of those things with people with CF don’t even think about because we all die. I’m relatively healthy now, but it gets harder every year. Every day we wait, more damage is done. It’s hard to imagine that when you are dying, or suffering everyday, you see 100 miles across the line (into the U.S.), they are jumping for joy and living their life.”

“As it is now, Vertex will not put in an application. They need to re-assess it and listen to patients and doctors to get the drug reapplied for.”

DeVlieger is encouraging locals to write letters to the Alberta Health Minister (Tyler Shandro), Taber-Warner MLA Grant Hunter, and Bow River MP Martin Shields to voice their concerns about the issue of access to rare disease drugs. There is also a CF Get Loud Facebook Page and website where people can access information.

“I’m doing this for myself obviously, but there are a lot of people out there six to 10 years old who could live a perfect normal life if I keep fighting for it,” said DeVlieger. “I just want to let the government know I’m not going to stop fighting and I’m not going away. Let’s work together now and get this done.”