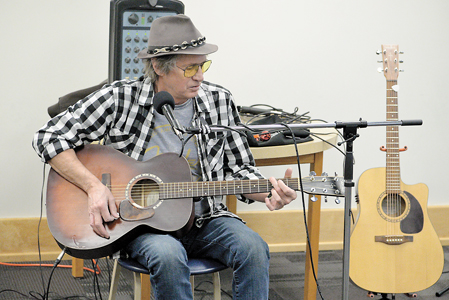 A shortfall in anticipated funding from the town has resulted in cutbacks in operating and staff hours at the Taber Public Library in 2020.

During a special budget meeting in early September 2019, a delegation from the library board headed by manager Heather Martin-Detka had sought a substantial annual increase to the library’s town allocation.

“It was quite an increase that they were looking for,” said Mayor Andrew Prokop. “They didn’t get it all, but we gave them a pretty good chunk.”

In 2019, the library was staffed and operated by eight employees and 25 volunteers, and was open approximately 312 days per year.

Receiving less than was expected from the Town of Taber created a $30,000 hole in the library’s anticipated 2020 budget, and this resulted in some hard decisions for the board.

“I think, as I understand it, they’re doing some reductions in hours and staffing,” said Prokop. “But we didn’t feel we should be doing 100 per cent for them, what they were asking. That just didn’t seem to be remotely practical or reasonable. We did what we could — what we felt was fair and reasonable — and they’re having to deal with the rest of the requirements.”

Martin-Detka detailed some of the changes at the library that have been mandated by the lack of anticipated funding.

“So we ended up having to go through our budget and just see where we were able to cut back, and unfortunately — just with everything increasing, as it always does — the only thing we were able to cut back on was, unfortunately, staff hours. That’s why we ended up cutting our business hours back in December. We’re closed Mondays, and now only do half-day Saturdays. That’s also why we reinstituted membership fees.”

“Early in 2019, we did do a presentation for them asking for additional funds,” said Martin-Detka. “Whether or not that means we get those additional funds is something that we have to find out. But we did request extra dollars there as well. I don’t know what we’re getting for 2020 — the M.D. library board has to meet to make that decision — but in 2019, I believe we received a total of just around $12,000, which was an increase from the year before.”

Previous to 2020, the library had been drawing down its reserves in anticipation of requesting a significant increase from the town. In 2018, the library utilized $31,304.13 in reserves to supplement its budget, and in 2019 the board allocated $41,842.58 in reserves. In 2020 and subsequent years, the library did not plan to utilize a transfer from reserves, which was part of the explanation behind the request for additional funds from the town.

Martin-Detka doesn’t anticipate a huge impact on library programming in 2020.

“Not what’s visible to people, we’re still trying to offer a lot of programming. We might have more patron-led programs where we have stuff set up and people come in and do it themselves…so we’re just trying different ways to bring those programs to the community.”

This funding has since been restored in the UCP’s October budget.

“We did get that, and to our understanding — knock on wood — that is going to be stagnant, staying at that amount, through 2023 I believe,” said Martin-Detka.

The Taber Public Library was established in November 1946 in the upper floor of the fire hall. In 1963, a new library was opened on 49th Avenue, which is currently the home of Kid Zone. In June 2007, the library moved into its current facility on 50th Avenue. The library became a member of the Chinook Arch Regional Library System in 1992.