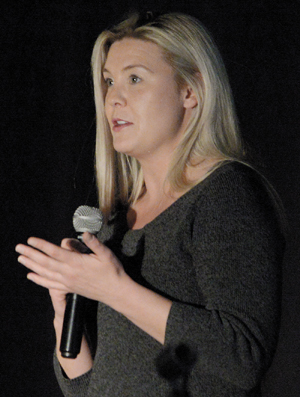 Several stakeholders in the community are coming together next week to empower parents on teen substance use, signs and symptoms, giving them some extra tools in their education in dealing with the issue.

The event titled ‘Not My Kid’ will feature speakers from the Taber Police Service, Family and Community Support Services and Taber Community Against Drugs (TCAD), where organizers are encouraging parents to drop in and attend with the various topics being explored.

“We feel it is very necessary with parents playing a very critical role in helping children avoid problematic substance use issues. One of our TCAD goals is to really hit home with parents with that, and this is sort of our kick off where we will be making a series of events,” said Alana McPhee, TCAD chairperson and a veteran addictions counsellor with Alberta Health Services, who works out of the Taber Clinic. “We want parents to know of some of the dangers out there to either prevent substance use or if their child is actually having some problems.”

There is that misconception out there that a parent thinks substance abuse would never happen to their family unit, hence the moniker for the event.

“The reason for that is a lot of people believe their kid is never going to have these problems. I just know from my experience, that substance use and some of these problems can happen at any time and anywhere,” said McPhee, adding there are no socio-economic standings in society that make people impervious to substance abuse. “If we go in with that mentality, we are burying our heads in the sand.”

Signs can be various that a child is engaging in illicit substance abuse. While no one sign is definitive proof, keeping open and direct lines of communication on an ongoing basis and a willingness to share concerns with your child is key. Concerns about substance abuse is not just what is peddled by a shady drug dealer on the corner, but also prescription drug abuse as well.

“It is really hard to decifer between what is normal teenage behaviour and substance experimentation or using behaviour. Basically, it can be drastic behaviour changes. Changes in friend groups is huge, demotivation in other hobbies and interests, and then there are more physical signs,” said McPhee, adding parents should be making periodical attempts to connect as a family, and knowing a child’s friends and their activities, helping them find healthy interests and hobbies. “There’s red eyes, dilated pupils, watery eyes, odours, drastic physical appearance changes.”

In talking to your kids about drugs, the sooner the better for parents to encourage those open lines of communication with their children. Just because a parent is talking about these issues, does not mean they are encouraging their use, McPhee added is another misconception that sometimes finds itself seeping into mindsets.

“You are breaking down the barriers of the awkwardness of it all. if you are having good conversations about that early on, you can have those conversations later on without being confrontive,” said McPhee. “I was talking about this the other night, (some think) if we don’t talk about this, it won’t happen. We don’t want to draw attention to something that can be negative and possibly problematic in the future. If we don’t draw attention to it, it won’t surface.”

Not My Kid goes Tuesday, Feb. 11, from 6:30 p.m.-8:30 p.m. in the Dreaddy Room of the Taber Police Service Building. Booths will also be set up during the presentations from Safe Haven, FCSS, AHS, and Family Connections.

“It is to let parents know of the services that are out their for their families,” said McPhee. “We need to be proactive and get ahead of the curve at times. And if you haven’t, and you’ve missed the boat on that, this can help you get some information and show you the resources that are out there that are available if you are struggling with these problems.”

In Taber, parents and youth can access help through the local addiction and mental health clinic or by calling the Addiction Helpline at 1-866-332-2322.