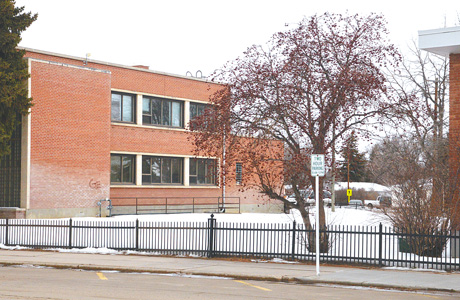 After a decision to construct a new Emergency Services Building sparked months of fiery debate among citizens, the Town of Taber has moved to extinguish further controversy by awarding a tender for the project that has come in significantly under budget.

“Three (bids) came in under budget,” said fire chief Steve Munshaw. “We’re able to show that the one that will be awarded that would be able to be held would be a local company, VHL Holdings for $3,075,490, which is under the capital budget price.”

During 2019 capital budget deliberations, council passed a motion to continue further investigation of a new Emergency Services Building and allocated $3.5 million for the project. On Feb. 25, council identified a location and directed administration to build a construction tender package to be brought forward to council by July 1.

Council’s selected site is the post office and vacant adjacent property to the east on 49th Avenue. The Feb. 25 motion encompasses six lots and includes the post office, however the town will not be demolishing the structure but intends to retain it as an income property. The street address will be 5207 49th Avenue.

Facing a public backlash over an Aug. 20, 2018 decision to relocate the fire hall to a site near 50th Street and 52nd Avenue, in early October 2018 council had reversed this decision taking the municipality back to square one.

The town’s defense of the need for a fire hall relocation has often centered on questions regarding affordable or attainable housing and the resultant HIRF (High Intensity Residential Fire) restrictions involving response times. Allowing the fire hall question to be put to the public through a plebiscite vote has been consistently rejected by town council throughout the process.

“I got a question for the mayor,” asked a citizen from the floor during a March 21, 2019 information session hosted by the town. “Will he be giving us a vote on this proposal, or is he just going to go ahead and do it?”

Citing the supremacy of elected officials in making decisions, Mayor Andrew Prokop was blunt in his refusal to consider this option.

“Overall, any council of the day has difficult decisions to make, and any decision is made in the best interests of the town for the betterment of the entire community. So this decision is no different. I don’t believe this requires a public vote. Elected officials are voted in for a reason.”

Responding to a media inquiry about the purchase price of this property at council’s April 8 meeting, Armfelt had declined to provide this information to the public.

During council discussion of the tender award on June 24, Coun. Garth Bekkering attempted to fish out the final parking lot price but was further stonewalled by administration over this figure.

Munshaw did confirm it is not included as part of the final tender price for the new building.

“Engineering and architectural costs were $280,000 combined into the price,” said Munshaw. “The Legion parking lot — at one time the motion was to purchase it separately — I do not have that information, and (it is) excluded from this package price.”

With the tender now awarded, a building permit will be acquisitioned and the requirements of HIRF “will be immediately lifted for all new construction within the Town of Taber limits.”

“I just want to point out that if we make this motion, the HIRF requirements will be met for the town of Taber,” said Coun. Jack Brewin.