Taber a finalist in Coors contest 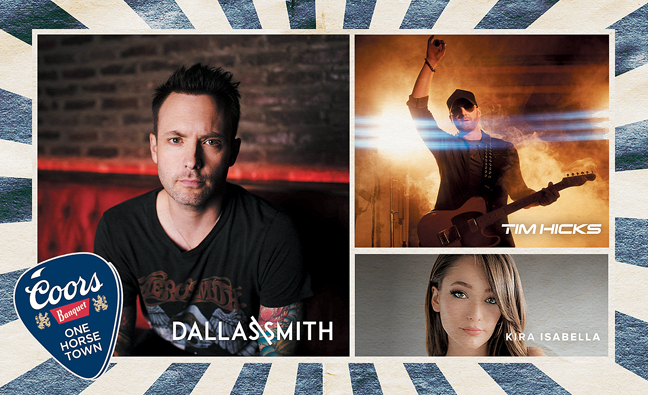 VOTING BOOTH: If Taber can get enough votes, it will win the Coors Banquet One Horse Town contest and get itself a high-end country concert in the process.

Taber is a One Horse Town and Molson Coors is hoping Taberites and surrounding communities are damn proud of it.

Taber has been selected as one of six finalists of the Coors Banquet One Horse Town contest. Coors Banquet One Horse Town is a national search for Canada’s proudest small town with a big passion for country music. The winning town will bring home the biggest country music concert event of the summer — headlining Canadian superstars Dallas Smith, Tim Hicks, and Kira Isabella.

“Earlier this year we opened up nominations across Canada for people to nominate their small town be it either by going on the Coors Banquet website or submitting a photo about their town on their social media sites with some specific tags for us to be able to track it back,” said Jessica Teixeira, brand public relations manger for Molson Coors. “We received nominations from every nook and cranny across Canada and we considered all the nominations.”

Wanting to get fair and equal representation from across Canada, Coors Banquet picked small towns from coast to coast for consideration. The other five towns joining Taber on the list of finalists include Miramichi, New Brunswick; Portage la Prairie, Manitoba; Napanee, Ontario; Nicolet, Quebec; and Williams Lake, British Columbia.

“We wanted the finalists to be dispersed across Canada so there is some fairness to it from Atlantic Canada to central to west and Taber came out as a finalist for the region,” said Teixeira.

Population base was a big factor for the contest, as Coors Banquet wanted the town to mirror Golden, Colorado somewhat, the birth place of brewing for Coors.

“Coors Banquet was born and is still stubbornly brewed in Golden, Colorado exclusively and is a town of only 20,000 residents. There is a lot that comes form that. Along with small-town pride, and there are a lot of schematics that we draw from small towns that are points of commonalties among the nominees,” said Teixeira. “Things like hard work, not taking short cuts and being very proud of what you do. Those are all common themes in a small town, which builds character and glues people together. They are also all traits found in country music.”

For 2018, it marks the fourth year Coors Banquet has done the One Horse Town contest with past winners being Lacombe, Alberta in 2015 followed by Truro, Nova Scotia in 2016 and Moose Jaw, Saskatchewan in 2017.

“It gives a small town a really great opportunity. Often times with hosting big concerts, small towns are overlooked. Often in Taber, you may have to drive three to five hours to a bigger city to watch a bigger concert you want to see,” said Teixeira. “We wanted to create a concert, building it up from the ground up and promote small towns in Canada to bring the concert to.”

Whichever town receives the most votes on July 15 by 11:59 p.m. will be announced the winner of the One Horse Town and a host a concert open to their residents. The grand prize winner will be on announced on July 23.

People are allowed to vote once a day and can do so by logging onto CoorsBanquet.ca/OHT. Canadians over the age of 19 are allowed to vote with Teixeira encouraging not only Taberites to vote, but everyone close to the region and family and friends to vote for Taber as well.

“Right now the most important thing is the call to action. Taber is just within the top six finalists for now. The town that gets the most votes gets the concert,” said Teixeira. “You don’t have to be from Taber to vote for Taber and you can vote every single day. People should vote as often as they can and spread the word outside of Taber and within Canada. At this point, it really is just a numbers game.”