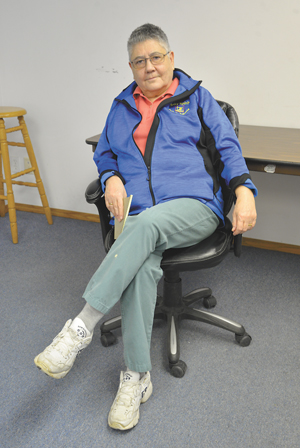 Taking issue with the Alberta Liberal Party’s recent stance against a separate Catholic school system in the province, the Holy Spirit Catholic School Division board has forwarded a critical response to party leader David Khan.

During an April 7 meeting of the Alberta Liberal Party, a resolution was passed mandating that an Alberta Liberal government would move to combine separate school districts into a unified public school system with the intention of re-investing all savings back into the public school system, while consulting with stakeholders in the current separate system to design a model of delivery “whereby Catholic education may be offered as an alternative program in the public stream.” At their April 25 meeting, the Holy Spirit board approved a response letter from board chair Judy Lane highlighting a need to preserve parental choice in education.

“It is our belief that a large reason for Alberta’s educational strength is that there is a strong publically-funded education system that allows for parental choice,” reads an excerpt from Lane’s letter. “The reduction of this choice will only promote the creation of more private schools in the province, which serves to ensure that choice only belongs to the privileged in the province; those who can afford to pay for religious, higher quality education… I know of many Catholics who are seeking a party that supports fiscally-responsible spending that ensures equitable services to all Albertans, particularly the underprivileged. For those of us who favour Catholic education, you have provided us with no option to support your party.”

“I stand with the board in that Catholic education, we think, is very important because it’s not just a matter of teaching catechism, that’s not what Catholic education is about. It’s a facet of course, but what we do that we think is different is we take a holistic approach to education. We teach a world view through a Catholic lens, and that’s always with a preference for the poor. When we’re in Catholic schools, we try to demonstrate to our students that we are indeed the arms, the eyes and the feet of Christ. And we do that by being active and compassionate stewards of our environment, for each other in the First World.”

Bremner disputed the assertion that eliminating a separate Catholic education system in Alberta would result in significant cost savings for taxpayers.

“There’s been significant research done that shows that the savings would not be that much. There’s still ‘x’ number of students that require ‘x’ number of teachers. At the end of the day, you might end up with a couple of extra buildings. It’s not going to be a huge cost savings. There’s a lot of economies and efficiencies that school boards do, for instance transportation. Holy Spirit has no transportation, we work with Horizon, Livingstone Range, Prairie Rose. And so our curriculum, we have to sit down with them and set up our curriculums because of transportation. There’s a lot of efficiencies.”

Catholic schools represent a not insignificant block of citizens and students in the province, but Bremner is worried that a one-size-fits-all model will drive out less affluent Albertans desirous of a faith-based education for their children.

“One of the concerns that we have is parental choice. If parents want — and there’s about 180,000 kids in Catholic schools in Alberta — there’s a lot of parents and guardians and people that are making decisions for their children that want a faith-based education, whether they’re Catholics or not. We think if that was eliminated in Alberta, then that would open the door to private schools, and that might drive a wedge between have and have nots, it would create an economic barrier for some parents who might want faith-based education but can’t have it because they can’t afford to send their children to private schools.”

Migrating to a model where Catholic education is simply an alternative program within a public system could lead to the development of a more American-style education system, something Bremner suggested isn’t desirable.

While she sees opportunities for further synergies with public school divisions, Bremner is adamant that the current separate Catholic education system in Alberta be maintained.

“Its roots, of course, are constitutional. That’s important, that it is a constitutional right, both provincially and federally. I think that a one school system opens the door to monopoly, and monopolies are not very efficient. I think that competition is really important. We compete for teachers, and we compete for students, based not just on our faith, but on our curriculum as well. We hear the argument for one publically-funded system, and we hear it getting louder and louder, but I think that on the idea of savings, people are really misinformed about it.”

Lane’s letter did extend an olive branch, inviting Khan to meet with the Holy Spirit board to investigate and discuss the issue further in future.