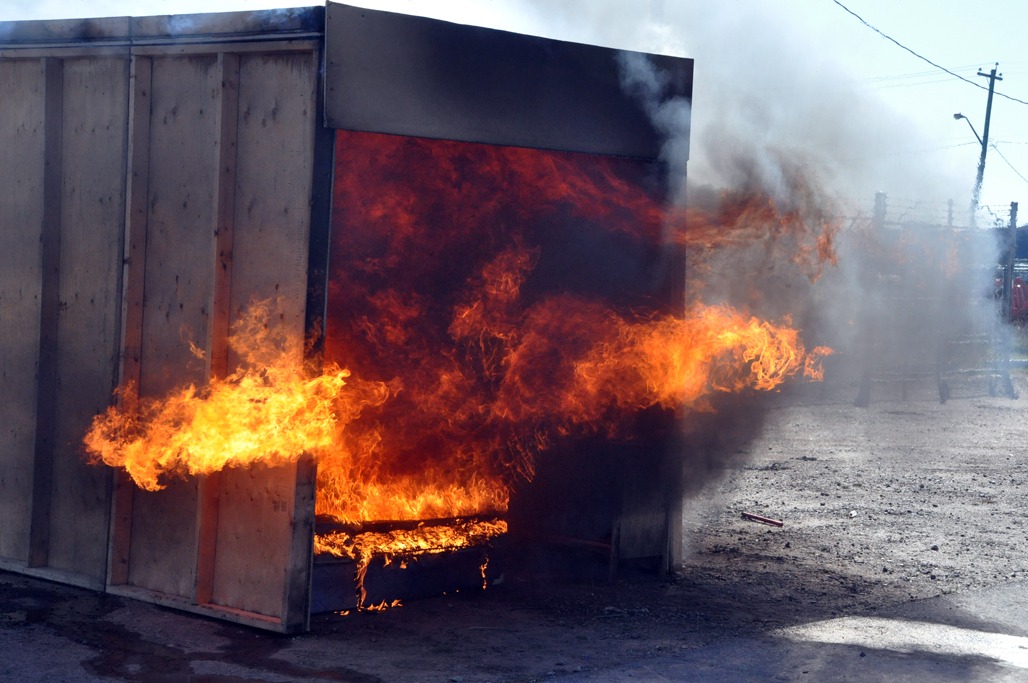 Just short of 1,000 citizens signed a petition requesting town council reconsider its decision or hold a plebiscite regarding plans to relocate the town’s fire hall.

Organizer Forrest Lester began door knocking in mid-March, and presented the petition to town council as a delegation at their April 9 regular meeting. Lester’s petition summary stated, “a new fire hall will increase taxes with no added benefit to the citizens of Taber. The existing fire hall is adequate to protect the citizens of Taber from the threat of house fires.” The petition also asked that “our town leaders… hold a plebiscite on building a new fire hall.”

Lester reported the petition collected 958 signatures, with only 60 of those contacted declining to sign.

“We hope that council will look at this response from the citizens and reconsider their decision, or hold a plebiscite.”

Coun. Garth Bekkering asked how many individuals contacted had indicated a desire to see a new facility constructed in Taber.

Following in camera discussion at their July 17, 2017, regular meeting, town council had voted unanimously to set aside $1.5 million for a new fire hall building from the William Ferguson estate, with the fire hall to be dedicated and named after William Ferguson. Conversations regarding the potential relocation of the emergency services building in Taber have been ongoing since 2009.

Throughout the process the town has looked at several alternatives including a full time fire department, a satellite station, or grant programs to offset construction costs.

According to administration, “these alternatives may address the HIRF requirements, but do not address the other issues/impacts.”

A plebiscite is generally defined as a direct vote of all members of an electorate on an important public question.

Under the MGA, the petition will be filed with CAO Cory Armfelt, who will be responsible for determining the sufficiency of the petition in accordance with Sec. 225.

For municipalities other than summer villages in Alberta, in order for a petition to be deemed sufficient it can only be signed by electors of the municipality equal in number to at least 10 per cent of population.

Other required information includes an elector’s full name, the petitioner’s signature, address and contact info, and the date it was signed and witnessed, among other stipulations.

Coun. Jack Brewin inquired about the cost to the taxpayer if the municipality should choose to hold a plebiscite on the issue.

Following this discussion, Coun. Louie Tams put forward a motion to accept the delegation’s petition as information, and directed council to bring back information to a future meeting on the sufficiency of the petition along with steps forward.

Brewin immediately questioned the need for holding a plebiscite considering the cost involved.

“I’m just not sure that we need to request administration to bring back this information until we discuss this further. You’re adding that we direct administration to move forward with this now. I’m not sure — is this what we want? Do we want to spend $30,000 on it?”

Under Sec. 226 of the MGA, Armfelt has 45 days to make a declaration to town council or Municipal Affairs Minister Shaye Anderson on whether the petition has been deemed sufficient.

“I’m duty obligated by the Municipal Government Act once I receive that piece of paper and put the stamp on it to report back to council on the validity of what’s in that paperwork,” said Armfelt. “That will be the intent of my report back to council. What council chooses to do after that fact, that’s on the other side of the table.”

Tams insisted that in this case due process needs to be followed to ensure that citizens retain trust in their municipal government.

“I truly believe these people went out as a delegation, got these signatures on a petition — we as a council are duty bound to let that go through the proper channels, where it goes to our CAO and gets looked at, and then we as a council look at it. They did the leg work to do this, their voice needs to be heard, and we need to go through all the steps. They’ve taken the time to get a petition and submit it, we need to deal with it properly also.”

Brewin was concerned the intent of the motion might stall any further discussion or decision on the fire hall issue for 45 days while the petition is examined by administration.

“There’s no provisions under the Municipal Government Act that would indicate that,” said Armfelt.

Whether or not the petition is deemed “official” under the regulations of the MGA is beside the point, according to Bekkering.

“Surely to goodness when you get 958 people — electors — that say we should do something else, we’d better listen to that very closely. Whether the sufficiency of the petition is valid or not, from my perspective, I just heard a whole bunch of voices here saying rethink your position.”

This statement drew a round of applause from the chamber gallery, which included a contingent of petition supporters.

Tams questioned Brewin when he suggested the councillor’s intent might be attempting to fast track a decision on the fire hall by sweeping the delegation’s petition under the rug.

In a spirited response, Brewin disputed Tams’ allegation before thanking the delegation for their petition.

“I did not say rush it through. I asked if we can’t pursue any further options within 45 days, is this putting a hold on any discussion on the fire hall. I’m not saying don’t do it — I appreciate the work you guys did, it’s important to hear what the people say. I’m not against your petition, I just want to know.”

Moving to the vote, Tams’ original motion passed by a 6-1 margin. Brewin opposed the motion.

Administration has stated in the past that “any decision on relocating the fire hall will not be made until a full analysis of costs and impacts on taxpayers is fully understood and shared with the public.”