The Taber Times cleans up at the BNC awards! 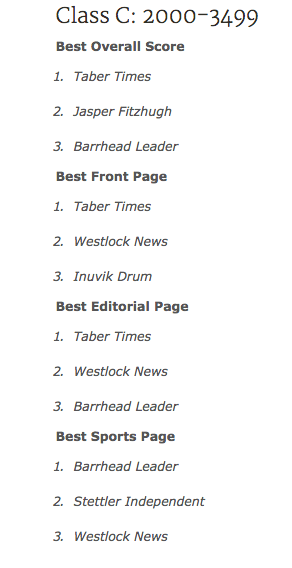 This annual competition honours general excellence in Alberta weekly newspaper publishing.
Six different categories are based on size of community, from under 1299 up to 12,500 and over. In each of these groups, awards are then presented for excellence in General Excellence, Best Front Page, Best Editorial Page and Best Sports Page.

Independent publishers from outside of Alberta generally compose the judging committee and the awards are presented during the annual Convention held by the Association.