Devotion to volunteerism nets Citizen of the Year 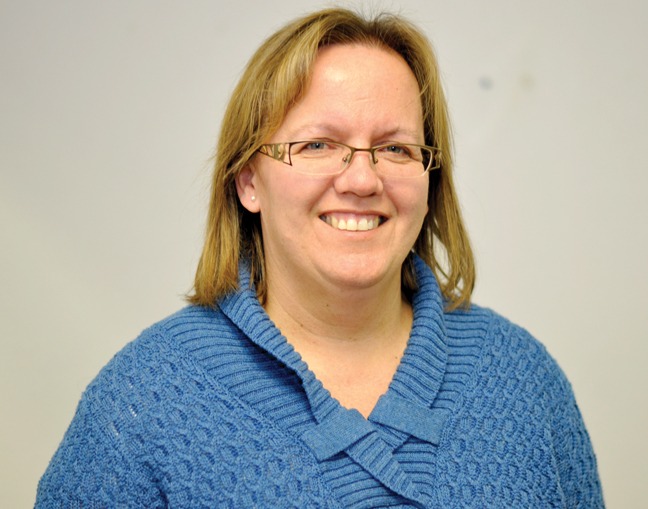 Darla Machacek is the Taber and District Chamber of Commerce Citizen of the Year.

Machacek is a long-time volunteer with the Taber Food Bank and sits as the board secretary for that organization. She is also a longtime volunteer for the Cornfest committee, as well as an active member of her church who volunteers with the Knights of Columbus, the Catholic Women’s League, and many church events which spring up over the course of the year.

Machacek found out she had been chosen as the Citizen of the Year via a phone call before Christmas. She said hearing the news took her off-guard, but that she was very flattered.

Chamber president Tyrel McLelland said there was an up swell of support this year for Machacek’s selection as Citizen of the Year.

“I can say there was an overwhelming number of letters of support attached to her nomination,” he said.

“There are a lot of people who feel (Machacek) is very deserving of this recognition.”
“She quietly volunteers and asks for no reward, and no recognition,” he added.

Machacek said the spirit of volunteerism is thriving in Taber.

“I think Taber is a great community,” she said. “It’s an awesome place to live. (Volunteerism) is kind of contributing to that, and making it a better place to live for everybody. I think everyone is given talents, and I think it’s our responsibility to use them to the best of our ability.”

“I always try to be involved, with working with kids,” she added.

“So a lot of things I do at the church involve helping out with youth.”

McLelland said it’s important to recognize the efforts of volunteers in the community, whose work is often behind the scenes and unnoticed. They are a vital link to making sure some of the things residents enjoy or depend on in the community happen.

“Recognizing positive contributions encourages the individual to continue,” he said.
“My personal feeling is that, especially in this case, it will help build support for (Machacek’s) causes. It will build awareness, and (Machacek) can be a role model for people who want to be involved and help.”

Machacek cites the work of fellow volunteers as a major reason she has been able to do the work she has accomplished over the years, and a major reason for why that work has been so rewarding.

“I don’t do this stuff all by myself,” she said. ‘There’s always a group of people to do it with and they’re all wonderful workers. Everywhere, from the food bank to the chamber, everybody pitches in, and the work goes really well. They are great groups to work with. At the church, most people are willing to come out, and help and do their part.”

She also said she was grateful for the support she receives from her husband, and from God, and her fellow volunteers.

“It’s really a lot of fun working with the people at the food bank, and the board, and all the volunteers there. The community support was amazing this year, everything from our duck race to the food drive, and our Christmas things, we had hundreds of people who came in. All those people preparing hampers and delivering hampers, and all that kind of stuff.”

“Same with Cornfest,” she added. “There have been some amazing volunteers over the years who have come and helped out. Everyone takes their own initiative. Usually if you put a call out for someone, you end up with five or 10 people volunteer.”

“I just think we need to look out for the people in our community, and help out. Make it a better place.”