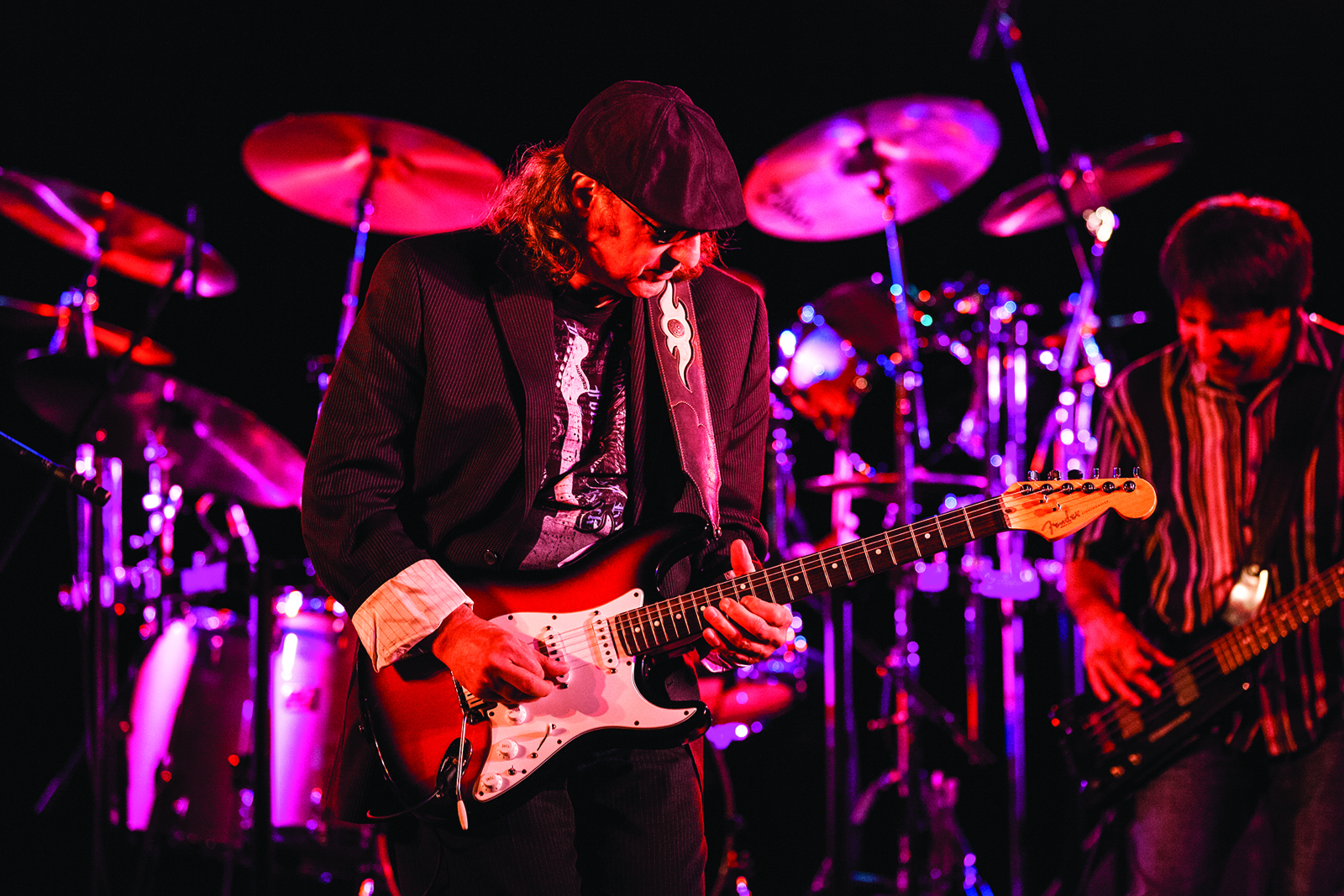 Blues at the Bow welcomed another talented blues performer to the stage on Oct. 4 in veteran guitar player Michael Charles.

Blues at the Bow, located in the historic Bow Theatre in Bow Island, is a down-home club in the tradition of juke joints of old. Cranking out rocking live blues, it has garnered the reputation of being a listener’s venue and is celebrating 20 years of great music in 2014.

Charles showed his blues stripes on Oct. 4, rocking out with fellow band mates and putting his prodigious guitar talent on full display for the crowd, performing a number of Eric Clapton numbers as well as his own music. The nearly three-hour performance was punctuated by Charles’ encyclopedic command of numerous blues riffs and his masterful transitions from traditional-style blues numbers to more contemporary musical compositions.

Charles was joined on stage for a number of songs by St. Albert-based blues performer Gerry Pearson, whose lively harmonica play added an exciting edge to already thrilling guitar and bass riffs.

Charles, who originally hails from Melbourne, Australia, is celebrating his Three Hundred Sixty Tour, promoting his two CD anthology spanning a 30 year personal recording career. The tour will see stops in the U.S., Canada and Australia. Three Hundred Sixty is filled with alternate takes, live recordings, and rough mixes, pictures, and insightful narratives about each track.

In June, Blues at the Bow kicked off the inaugural show of the season featuring crowd favourites Terrance Simien and the Zydeco Experience. At the club on July 26 was boogie-woogie piano player David Vest and The Willing Victims.

Blues at the Bow is now on hiatus until Nov. 29, when a double bill feature event with Tim Williams and the Kirby Sewell Band will be offering up their individual blues stylings.

Tickets are available online at http://www.bluesatthebow.com.