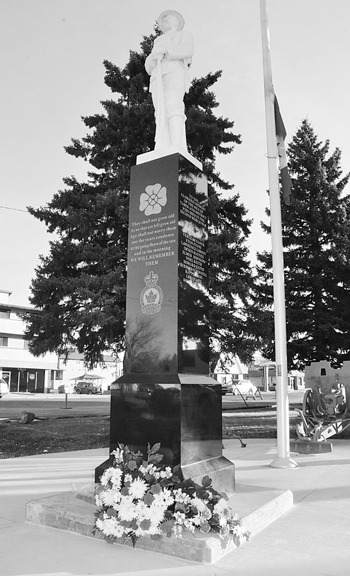 Last Wednesday was a day no one in Ottawa will soon forget.

For southern Alberta politicians, it represented a nerve wracking 10 hours, as Members of Parliament were on lockdown from 10 a.m. to just before 8 p.m.

Medicine Hat MP LaVar Payne was one of those MPs, as those gathered in the Caucus Room for a meeting were made acutely aware early in the morning something was very wrong.

“There was a lot of gun fire,” said Payne about the exchange of shots which took place just feet from where the MPs were meeting. “It was clear the House was under attack, but we had no idea who it was or how many of them there were. That certainly created a stir in the Caucus.”

Security officials were quick to react, as the doors were quickly locked and the MPs, including Prime Minister Stephen Harper, were under immediate lockdown.

“It sounded like a war zone, actually, because there were so many shots fired,” said Payne. “It was rather scary, to say the least.”

The situation was very tense, according to Payne, who added MPs were given updates throughout the process. But it was one particular update which brought the politicians to their feet.

“The sergeant at arms spoke to us and told us the terrorist was dead,” said Payne, who added that elicited cheers from his colleagues.

Those cheers continued Thursday morning, as Kevin Vickers was recognized by politicians with a rousing standing ovation.

“It was really a nice moment, where we put our political differences aside. I’ve never felt Parliament so united.” said Lethbridge MP Jim Hillyer, who added he was a few minutes late Wednesday, helping his son complete some homework, which kept him from arriving at Parliament Hill.

It was a sharp contrast from Wednesday, when MPs had little to do but wait, as security officials scoured Parliament Hill and searched every room and closet, according to Payne, who added those on lockdown in the Caucus Room had little communication with the outside world at times, as cellphone service was spotty, in downtown Ottawa.

“It was an experience hopefully no one has to experience again,” said Payne.

But despite Wednesday’s attack, it was business as usual, for the most part, in the nation’s capital yesterday, as MPs got back to work.

“It’s pretty heavy security at this point in time,” said Payne of the situation Thursday morning. “What we saw in the House this morning is we’re not going to be detered from sitting in this House and governing the country.”

Payne added politicians of all stripes are coming together and supporting one another.

“Our folks are pretty resilient, so that’s nice to see. We’re all coming together as Parliamentarians.”

Hillyer echoed those sentiments, and added it was important for the business over government to continue yesterday. As Harper addressed the MPs after his television appearance, the Lethbridge MP added the exhausted group of politicians were united in their resolve.

“I was very impressed at the optimism, buoyancy and resiliency of everyone, and that continued this morning,” said Hillyer, who added he never felt more proud singing the national anthem, as MPs belted out O Canada Thursday.

Hillyer went on to say while politicians acknowledge the devastating impact Wednesday’s event have had on the family of Cpl. Nathan Cirillo, Ottawa simply had to attempt to return to some normalcy on Thursday to show our country’s strength and resiliency, and prove the terrorist could not stand in the way of democracy.

“He was committing an act of terrorism with the goal to frighten and stop our way of doing things,” said Hillyer, in reference to the slain shooter, Michael Joseph Paul Zehaf Bibeau.

The MP added things will change in Ottawa as a result of Wednesday’s shootings, though he cautioned there is a danger in overreacting.