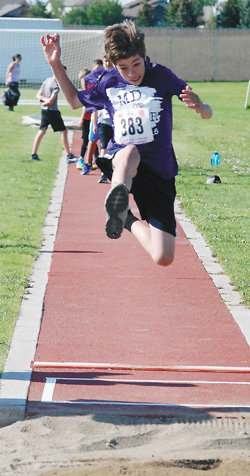 In just a few weeks, some of the premier athletes from across the globe will gather in Brazil for the Summer Olympics.

The highest level of athletic competition on the planet will no doubt offer compelling viewing, as some of the most recognizable athletes in the world will compete for Olympic glory.

No doubt, millions will have their eyes turned on Rio, as many popular sports, and a few more obscure offerings, will take centre stage.

But while the Olympics does represent the very peak of athletic competition, the event has lost some of its lustre. From its noble beginnings as an athletic showcase, The Games has evolved into a big-business enterprise, a global event which advertisers clamour to be part of and countries battle it out to host.

The Olympics have become a massive undertaking, which require host nations to invest heavily, often to disastrous results. Many Games have left unintended legacies of abandoned sports venues, debt and public unrest in their wake.

Closer to home, however, the spirit of competition and the pure joy of sport exists with a much more under-the-radar sports extravaganza. The Southern Alberta Summer Games, one of the longest-running amateur sports events in all of Canada, is still going strong.

Each and every year, host communities come together, with a small army of volunteers, to ensure local athletes have the opportunity to test themselves against their peers. Competitors, young and old, in a wide range of events, gather to celebrate the true meaning of sport.

There are no massive multi-national corporate sponsors to appease, no television networks to work around or doping scandals to tarnish the results. There are no multi-million-dollar venues to construct, or public protest to dodge, as the SASG truly represent a grassroots effort, unlike the massive undertaking the Olympics has become.

Those who compete in the local Games do it for the love of their sport, to test themselves and push themselves to the limit, without the crushing weight of expectations and the hopes of an entire nation on their shoulders. The SASG represent sports in its purest form, as youngsters, seniors and everyone in between have the opportunity to enjoy the spirit of competition, and have a little fun while doing so.

It is a southern Alberta institution, one which relies on a dedicated group of volunteers who ensure each event is as successful as the last. Taber has hosted many successful SASG events over the years, and is among a handful of communities that takes this responsibility very seriously.

Yes, events like the Olympics are still very important on a global scale. Athletes spend years in training and preparation for their moment in the spotlight. National pride is on the line every two years in alternating Winter and Summer Olympics events, as the Olympic spirit is still alive and well in many ways.

Local events like the SASG, however, hold a special place in the sports landscape. Year after year, it presents a unique opportunity for southern Albertans to test their mettle, and come together to celebrate the true meaning of sport.