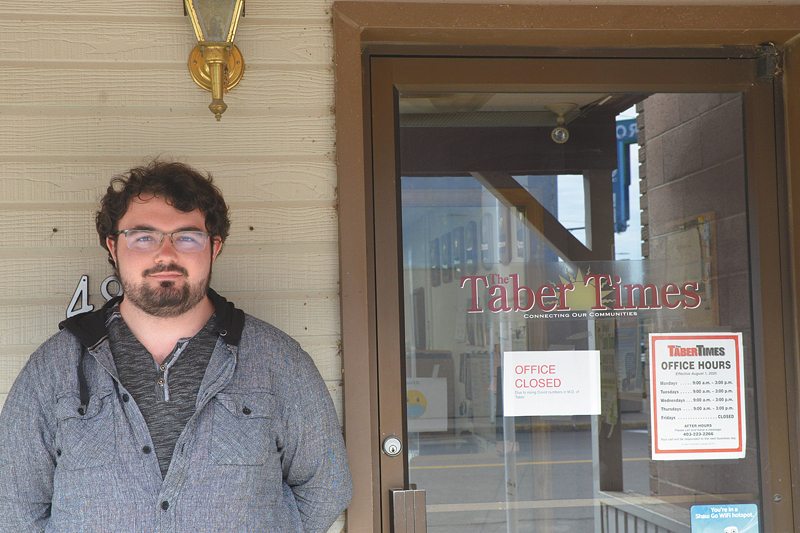 It comes with solemn words that I have tendered my resignation to Alberta Newspaper Group, and I will no longer be taking a full-time, active role in writing for the Taber Times, Sunny South News, and Westwind Weekly News. I’ve enjoyed the nearly two years I’ve been writing for the paper and I will continue to hopefully do some freelance work in the future.

It has been a pleasure getting out into the communities, going to events, and getting to meet those around me, however, for now, it is time for me to move on. I want to thank the communities I’ve worked in, their administration staff, councils and members of committees for being pleasures to work with and easy to reach out to and communicate with. You’ve all made my job much easier and I greatly appreciate all the effort that was put in to help me write stories. When I was first coming into this profession and had no idea what I was doing, many of you helped me along and helped me learn more about how municipalities operate.

When it comes to citizens in the community, I thank all of you that reached out to me, or who were receptive when I reached out to them. Writing a story usually isn’t a one-person job and to all of you that took the time out of your days to sit down and talk with me, I thank you. I’ve learned a lot from the time I’ve worked at the newspapers and I’ve learned just as much from all the different people I’ve had the chance to interact with.

To my coworkers, I want to thank you all for helping me along; whether it be with improvements to my writing, streamlining a process I worked far too hard on, or just being a pleasure to be around, you’ve all made an impact in some way and I couldn’t ask for a better group of people to work around.