‘The Host’ average sci-fi from Meyer 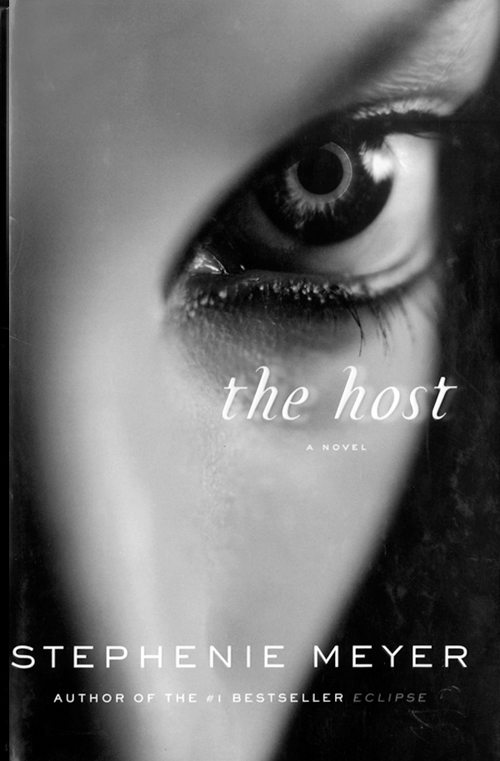 It is always a mystery to this reviewer what new novel or book series is about to grip the imagination of millions of readers worldwide. It’s one of those unknowable, unfathomable enigmas that puzzle the mind or arrest the attention; it’s like trying to guess the next pop culture phenomenon or selecting that right series of numbers on a lottery ticket. Unless you possess some preternatural insight or complex understanding of the societal psyche, it remains virtually unpredictable.

When best-selling writer Stephenie Meyer took her first stab at the game in 2005, she wasn’t expecting fame and fortune right out of the gate. In fact, she had initially struggled to even find a publisher. But after a few weeks on the shelves of America’s bookstores, the rest is history, and Meyer’s name is now legion among a devoted fan base of “twi-hards.” So when she decided to branch out from young adult fiction into science fiction with “The Host” (2008), she dragged much of her rabid fan base with her.

An American author, Meyer is best known for her vampire romance series “Twilight,” which has now sold over 100 million copies. While personally unable to attest to the literary merit of the latter teeny-bopper obsession, to be fair Meyer was reportedly influenced by Jane Austen and Shakespeare before penning the “Twilight” series, so it can’t be totally bereft of interest for those whose peculiarities detour towards the more traditional.

The series is firmly-rooted in the young adult genre, and while forays into the YA universe can be a pleasant diversion from the redoubtable weightiness of more prescient works, I feel it incumbent to report “Twilight” isn’t a series that leaves me drooling with intellectual anticipation, or has ever held much interest. As far as I’m concerned, the aspirations of any self-respecting vampire died with Bram Stoker; the many stakes-through-the-heart that have been put to page since have left my imagination thoroughly exsanguinated not unlike the cardiovascular systems of their fictional victims.

So while we’ve established vampire romances may be the page-turning fare that inspire the immature masses, absorbed as they are by their Twitter feeds and Facebook updates, it is often gazed down upon with some derision by your humble narrator. Take that for what you will; I’ve never admitted to being pure as the driven snow or totally unbiased in my persuasions. Meyer would probably argue the heart wants what it wants; readers want what they want, too. So when Meyer diverged from supernatural teen romance into adult science fiction with “The Host,” admittedly my interest was peeked.

Not enough to rush out to buy a copy in 2008, of course; but enough to seize upon one when it recently floated through the stacks of a library sale. Pulp and paper frugality is something of a moral code for this collector, and paying full price or reading contemporaneously has the odour of conformity about it.
While many might be reading Bob Woodward’s latest insider expose on the Trump presidency or Atwood’s sequel to “The Handmaid’s Tale” (1985), this bibliophile is usually immensely more enthusiastic about reading Dostoyevski’s “The Brothers Karamazov” (1880) or Steinbeck’s “The Grapes of Wrath” (1939). Classics are classics for a reason; I’ve never subscribed to the idea all of us should be reading what everyone else is. From my perspective, that’s almost the definition of limited thought, of the blind belief that can grow insidiously when we strive for a uniformity of ideas.

Variety is the spice of life in more ways than one, and it has been this reader’s observation just because something may seem new and beautiful, doesn’t automatically make it worthy of remembrance. Try to remember the next time some schoolmarmish hag from the New York Times bestseller list attempts to thrust this summer’s top “must-read” into your eager and sweaty palm. More often than not, after embarking on such narrative journeys, this reader has been left adrift on high seas of myopic writing and low grammatical shoals, the rocky pitfalls of poor plot development and the pestilential breath of pedantic pacing and ponderous punctuation. Let’s just say when you crack open a classic, you’re bound to find something worthy of that approbation. It would be hard to say the same about dozens of books I’ve plodded through that were published in the last decade.
And so after some digression, we arrive back at the foot of Meyer’s “The Host.” It would be wrong to characterize the novel as simply bad; in fact, the story and narrative in themselves are solid, and some might be tempted to go so far as to say insightful, even revolutionary. The book follows the character of Melanie Stryder, one of the last surviving humans after a global war with a race of parasitic aliens called “souls.”

These souls inhabit and control the bodies of the humans that remain, and have largely taken over the planet — but for a small group of resistance fighters, of whom Melanie is one. But when Melanie is captured and an invading soul called “Wanderer” takes over her mind, a battle of wits and emotions ensues with consequences that both are ultimately unprepared for.

While clearly equipped with a powerful imagination and a skilled storyteller, unfortunately Meyer has yet to translate that into an excellent writing style. In many cases, it would be charitable to describe some passages as amateurish. While this takes away from the novel as a whole, Meyer does score some wins. Her juxtaposition of putting the conqueror — embodied in Melanie/Wanderer — at the hands and upon the pity and mercy of the conquered — surviving humanity — is highly original and allows Meyer to explore how we might be seen through the eyes of those we choose to oppress or mistreat. This reversal allows the reader to begin to sympathize and empathize with both victim and oppressor, to see the world through each other’s eyes, and to begin a path toward acceptance and eventually, forgiveness.

The power of human emotion is also emphasized, especially the power of love, which eventually begins to overwhelm the ageless Wanderer who has never encountered a host species with such powerful emotions. Meyer clearly points to it as the very source of humanity’s resistance to the “souls.”

And while Melanie’s hatred of the soul that inhabits her body is initially white-hot, as they begin to learn things about each other, this hatred softens, and eventually disappears entirely.

Melanie’s negative emotions are eventually transformed into compassion, understanding and empathy for Wanderer; and in this sense, Wanderer’s feelings change, too. There is an evolutionary aspect to Wanderer’s development as a “human” throughout the novel, and she eventually chooses to incorporate the best of her host species rather then give in to its worst impulses.

“The Host” was billed as Meyer’s first step into the realm of adult fiction and a departure from her young adult success with the “Twilight” series. While in a titular sense that might be true, while reading the novel it is hard to come away from it without concluding Meyer rather failed in this respect. Much of the plot still seems overly-focused on sappy teen romance, many of the characters seem one-sided and without much depth, and long passages about Melanie/Wanderer’s sexual and emotional yearnings for her youthful male companions don’t appear to do much to enhance the narrative or advance the plot.

That being said, while “The Host” fails in some pretty key areas, at no point does it leave the reader uninterested in the story Meyer is unfolding. While in need of a closer inspection from the editor’s pen and frankly just a little more polish on the part of the author, “The Host” has enough vitality left in its storyline to keep a reader turning pages.