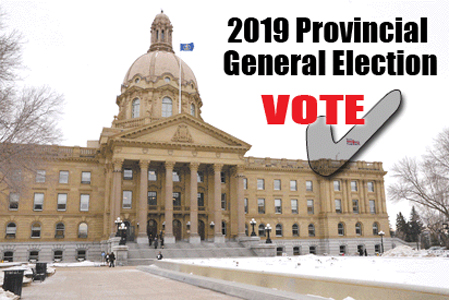 As Alberta’s 2019 provincial election campaign heads into its final week, the ruling NDP have yet to make much of an impact on the UCP’s lead in many polls, suggesting Jason Kenney’s merged conservative entity may be cruising to an easy majority victory over their democratic socialist foes.

Not that the NDP haven’t attempted to do what they can to undermine what many on the right have suggested was a foregone conclusion before the writ was even dropped. Trying to capitalize on allegations of a UCP ‘kamikaze’ leadership campaign in 2017 — allegedly designed to undermine Kenney’s more small-c opponent Brian Jean — the NDP were simply playing smart old-school electoral politics, taking advantage of an opponent when they appear to be at their weakest. It’s also strong evidence that while ruling parties in Canada — of all flavours of the rainbow — may profess to be in favour of fixed election dates to negate these kinds of advantages, it’s still difficult for most to actually part ways with the practice that gives them an advantage at the ballot box.

While some voters may be sickened or alienated by the negative tactics that have been on display during this election campaign by the two front runners, it shouldn’t be all that surprising given what has been seen in recent years in election campaigns south of the border. Whatever else one thinks about Donald Trump and his politics, few would argue that he hasn’t dramatically lowered the bar for what is considered acceptable in American politics. And what is acceptable in American politics always seems to have a corresponding trickle-down effect on what is acceptable in other North American jurisdictions.

Remarkably, what might have seemed to be an effective campaign tactic (albeit negative) in attacking the reputations, past statements and alleged viewpoints of many UCP candidates on social justice issues — and the NDP have indeed exposed some doozies in recent weeks — this appears to have had little to no impact in eroding the UCP’s support despite being a tried-and-true tactic, backed up with a fair degree of evidence in some cases rather than just overblown rhetoric.
While Alberta elections have seen negative attack campaigns in the past, the bitterness being witnessed between left and right camps in 2019 and the widening gulf between citizens on both sides would seem to suggest the idea of bipartisan politics is becoming a thing of the past. If that idea — parties that usually oppose each other working together to achieve results — becomes an anachronism of history, it will have profound consequences for us all in the 21st century if increasing radicalization is seen as the answer to the failure of big-tent politics. No party — no matter on what side of the political spectrum — has a total monopoly on good ideas. That’s something all voters would do well to remember when they cast a ballot on April 16.

What is even more troubling is the way in which many voters and citizens from the present (and past) generations seem to have changed how they view politics, and how they self-identify as political creatures. As the idea of fake news has permeated the North American consciousness, many people no longer trust what it is they are being told, even by media organizations with pedigrees as prestigious as the New York Times or Toronto’s Globe and Mail. Stepping into this vacuum (along with the more traditional conspiracy types) are now an army of individuals convinced of the evil ministrations of the mainstream media, and seeking out their own narratives for what appeals to their own prejudices and values. Now concepts like “truth” and “reality” are losing their meaning when individuals can secure their own versions, whatever happens to most agree with their present viewpoint.

But that isn’t truth, or reality. If we are creating citizens that are unwilling to engage in debate with opponents or have their beliefs challenged in any way, how will future generations ever work towards consensus on important issues? And if we don’t care about reaching political consensus or compromise any longer, where does that path eventually guide us? It’s hard not to conclude that such trends will lead to the increasing deterioration of democracy.

Returning to Alberta’s election campaign, much of the heated air emanating from the UCP camp has targeted the NDP’s imposition of a carbon tax on the province. Without delving into the merits of the UCP’s accusations or the successes of the NDP’s program, recent federal developments would suggest that the UCP’s plan to scrap the carbon tax will be much ado about nothing if it results in the immediate imposition of the now-federal tax. Conservative premiers across the country have hurled truckloads of brave-sounding words at Ottawa and the Supreme Court about fighting the federal government over this issue.

Most constitutional observers have suggested these upstart provinces won’t have a leg to stand on in their legal challenge based on the federal government’s wide powers of taxation, and previous precedent. So wouldn’t it be better to retain our own carbon pricing regime in Alberta — one which we currently control — rather than immediately having the federal government impose one on us?

Or perhaps conservative premiers are banking on the toppling of Trudeau’s Liberal government this fall. However, if they’re convinced that the federal Conservative Party’s Andrew Scheer is going to cruise to an easy electoral triumph in October versus an incumbent Trudeau, they’re dreaming — scandal or no scandal. Election wins take more than platform and policy. Some Canadians don’t even know who the apple-cheeked bouncing boy from Regina-Qu’Appelle actually is, let alone what he stands for. That’s a long road to a majority victory in six months.

Albertans appear to be fond of their political dynasties. The 44-year Vulcan death grip the former PCs exerted over the province was nothing new. Social Credit before it lasted 36 years, and before that the United Farmers of Alberta held sway for almost two decades. Other than the Liberals in the province’s early years, Alberta has enjoyed the tender ministrations of various conservative ‘dream teams’, be they ‘Bible’ Bill Aberhart’s So-Creds in 1935 or Lougheed’s Ottawa-bashing PCs in 1971. Despite immense popularity upon their election, and in others that followed — Aberhart’s party virtually eviscerated the UFA, earning that party the dubious honour of the worst defeat ever suffered by a sitting provincial government in Canadian history — both parties would subsequently disappear before being overtaken and replaced by new, seemingly more vital conservative movements.

In successive elections in the past, it was quite clear that when it comes to political ‘steaks’ Albertans liked to see their own prepared Tory blue rare. While anything can happen in the dying days of an election campaign, prospects for the NDP ushering in their own dynasty in Alberta appear to be waning. If potential UCP success on April 16 means another four-decade conservative dynasty in Edmonton — whatever else this might mean, positive or negative — it certainly ensures we’ll have some pretty boring provincial politics in store for us. Not many would argue, either from the left or the right, that Alberta’s PC years — a ruling party enjoying super-dominance while fringers fought for table scraps — maintained untold excitement for Alberta’s political landscape. In that case — which is actually a prime example of political stagnation — the real legacy of 2015’s NDP government may be proof that conservative movements in Alberta are not insurmountable. Unfortunately, it’s more likely that another conclusion will be drawn, certainly among rightist voters: experiments with anything other than Tory permanence — perhaps forever — are a mistake.

Both conclusions can be drawn; only the future will tell us what the outcome may be.

One response to “Alberta voters unswayed by UCP controversies”