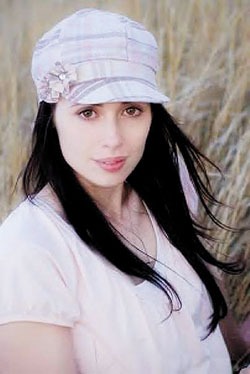 If you know me at all, you know I’m always looking for a short-cut. It’s not laziness exactly, so much as being a little overzealous on efficiency.

And like most Stay-at-home mothers of my generation, I have become something of an amateur health nut. (I don’t jog yet or anything, but judging by the enthusiastic jogging of some of my closer acquaintances, I fear – rather tragically – that it is only a matter of time.) But I have been reading about the benefits of pastured meat. Pastured meat has a better fat profile and far higher concentration of vitamins and minerals. But the price at the Lethbridge Farmers market was a little alarming for my modest six person/one income household. So when the husband of a friend of mine casually mentioned “Hey, do you want to buy a pig?” as he did most every fall, this year I perked up.

“Of course I do!” This was perfect. A little hard work and I would save hundreds off my grocery bill. I had a friend who bragged to me she had learned to help clean a deer – I was sure between the two of us we could figure it out. The deal was struck, and we sat back to wait for the piggy to grow fat.

YouTube is a fabulous invention. The instructional information is unsurpassed. But it has two functions- teaching you how to do something, and teaching you when you are in way over your head…I just kept thinking “Thank goodness my friend knows what she is doing.”

But then the texts started coming. The delays, the procrastinations, the obvious signs she was feeling as panicked and flakey as I was. Had I held steady, she probably would have (given the time) come and pulled it off beautifully. But where she panics by procrastinating, I panic by dropping everything and fixing things immediately.

Enter my Knights in Shining Armour. I have a neighbour girl who use to babysit for us when my children were younger. The family is of Mennonite heritage, and in my experience seemed to know everything about the country living.

I live on an acreage. I’m also afraid of large animals (basically anything larger than a cat). I can’t keep plants alive unless it produces something universally detested, and then it thrives to spite me. And I am eight generations removed from any pioneer ancestry. I am the descendant of musicians, gentr, and carnival workers. The call to steward the land has never echoed in my ears. So moving 40 kms outside town has felt much like radical emigration. I am a “stranger in a strange land”.

My neighbours however, regardless of their relatives in Mexico and Bolivia, regardless of their Low German language, regardless of their clothing that belies their minority status; they speak the language of this countryside; of the earth. They are at home and at peace here on the bald barren prairie in a way I fear I will never be. I had called in the hope of hiring some of the older girls for their strength and skills. What I got instead was an outpouring of neighbourly generosity. Mister Neighbour would fetch the pig from the farm, feed the pig at his own house until he had a free weekend. Then his whole family of capable workers would help ready it for the freezer.

I got a text two days before our slaughter date instructing me to bring four dozen hamburger buns and fixings. I’m still embarrassed I had to be told this but in my defence, I really had no clue what to expect.

I arose bright and early and put on my oldest sweats and runners. My children had stayed up late as my husband and I had been out the night before, and they were still in their pajamas when I left. I turned into the farmhouse as the tractor was pulling out of the barn with the pig dangling from the bucket, already drained.

As soon as I got out, Missus Neighbour asked me “Where are your children?” Now, in my parental history, blood, guts, sanitation goals, sharp knives, heavy machinery, and “children” had never really mixed. But she wouldn’t take “no” for an answer. I was summarily sent back home to fetch my kids. They were as puzzled as I was on our drive back.
But when I pulled back into the farmyard, it was swarming with kids; Some I knew, some I had never seen before. I was introduced to Missus Neighbour’s sister, brother-in-law, another sister and several young men.

My children soon disappeared into the barn loft to get a better view of the dangling pig. Out came the knives and the children shouted in delighted disgust as the adults laughed. Each part of the anatomy was “ewwed” and “ahhed” over. I was as bad as the children, snapping incredulous pictures and shrieking. Mister Neighbour teased and chased the children with bloody hands and a bladder of urine.

I think it was then when I put it all together- the crowd, the lunch, the festive atmosphere. I was hosting a party. For these industrious, hard working, devout people, this was a kind of party. My own definition of revelry was left wanting. I was heart-warmed to be included in something more personal. They weren’t just helping me with my pig problem. They were giving me a glimpse of who they were.

Have you ever tried to “help” in a room full of people more capable than you? It’s rather embarrassing. Every few minutes I would ask “What should I be doing?” They would reply “Oh, we are are mostly done this part”. Even the nasty job of emptying the intestines was full of expert volunteers crowding me out of usefulness. When I would get my hands on a simple skill-less job (usually hauling away soiled water and hauling in fresh) one or other of the young men would quickly step in and gallantly strip me of my bucket. At one point I got my hands on a knife, but had to set it down to consult on a certain cut, and I lost it to a ten year old boy, who then used it with such skill and precision I dared not ask for it back.

The women chattered along mostly in Low German, but the men would try to include me, mostly by tempting me to entertain them with my ignorance and to boast of their children (like all good fathers).

Lunch time came in a flurry of activity. The first meat through the grinder was whisked off to the kitchen to be combined with diced onion, cracker crumbs and seasoning salts and fried into patties, smothered in processed cheese and mayonnaise. Like most self-respecting health nuts, I would not have dreamed of combining my all-natural, Vitamin D rich, organic pasture – fed meat with such junk, but it may have been the most delicious burger I have ever had.

I washed it down with a Pepsi, another rarity, rather self-conscious that my drink of choice- unsweetened herbal iced tea – would seem the height of pretention in this company. The Pepsi went straight to my head, making me giddy and giggly. I followed the Low-German conversation diligently with my eyes, if not with my understanding. I couldn’t seem to stop myself. It was compelling. And rare.

For in my experience, I am conversation death in large groups of Mennonites. My children attend school with mostly people of Mennonite heritage and at school gatherings, mingling is always dreadful. For you see, while there are many wonderful fellow parents who take the time to visit with me (and who I count as dear friends) there are also a handful of parents whose English is still new. For the sake of those parents, little visiting groups are often in German. Any joiners to the conversation wandering in are then made to feel included. Until I try to wander up. And the rules of good manners become complicated. Do they snub me by continuing in German? Or snub the German speakers by switching to English? They usually compromise by not talking are all and smiling shyly at me. I take a couple stabs at carrying the conversation, while other women translate, but it’s depressing and futile and will remain so until I can scrape up up a basic understanding of the Low German language.

So this was why the lunch table made me so deeply happy. Because there is so much more expressed in a conversation than words. Love, laughter, satisfaction, these expressions have no language barriers. I would simply sit at the table and feel the humour, heart and happiness of this wonderful family enjoying working together, talking about what they had accomplished, telling, and retelling and comparing stories, planning the rest of the workload. It was a joy to be included in, even if I didn’t understand the words.

Most of the hard work is done by the late afternoon. There is only rendering lard and packing sausages left. I’m particularly excited about the liver sausages. Having read multiple books on Paleo cooking, I am full of fantastic facts, figures and statistics of the value of organ meats. I had just never eaten any. (I endured the quintessential 80s upbringing of lean muscle meat, light peanut butter, skim milk and fat-free salad dressing. If there wasn’t a commercial for it, I don’t think we ate it).

We gather the meticulously scrubbed intestines and I watch the swift hands deftly fill the ground meat back into the rubbery hose. When the lard is good and hot they throw a length of sausage right into it along with the kidneys. The sausage and kidneys come out and are served with a squeeze of lime. They are more divine than words can express. The faces around me nod in satisfaction. I’m told repeatedly I have gotten myself a good pig. I even manage to convince my children to come back out and try some. They admit they like it even after learning what it is.

I pack the meat into my minivan, pressing roasts into my helpers reluctant arms. I have nothing else to offer in return for this day, yet my debt seems so vast. Blessings have been heaped upon my head and the weight of being an unprofitable servant has once again dragged me to humility and gratitude. I simply pray God will bless and keep them for their wonderful example of “Loving Your Neighbour.”