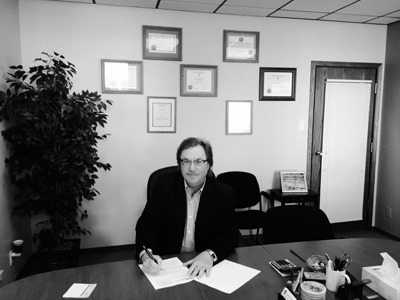 “Community Standards” bylaw that proposes to regulate and penalize a wide range of actions or “offences.” As a lawyer that has practised in Taber for the last 16 years, I have been asked to provide my thoughts and comments with respect to this bylaw. With all due respect to town council, this is a task that I gladly accept because it can be easily said that this “Community Standards” bylaw is most likely the worst piece of legislation that I have ever had the misfortune of reviewing.

To start off, and to possibly get to the point immediately, this bylaw is so incredibly poorly drafted and oversteps any conceivable legal parameters allowable under Canadian law, that it simply would not withstand any review by the Courts. It appears that this bylaw was drafted by someone with absolutely no legislative drafting experience and drafted in an atmosphere that is totally removed from any consideration of the Canadian Charter of Rights and Freedoms.

There are two main problems that fatally flaw this piece of legislation. The first, and perhaps the most important, is that the bylaw is so vague, with it’s key terms so undefined, that it grants almost complete and unlimited discretion to police to make a determination of what actions are subject to criminal penalties and what actions are not. The second flaw, and perhaps the most ominous, is that a town council in Canada has attempted, by the passing of a bylaw, to simply remove a fundamental right of their citizens which is entrenched in our Charter. This is the undeniable right for individuals to assemble in a peaceful fashion without interference by the government, or their “military arm,” the police.

With respect to the first fatal flaw of this bylaw, it can simply be said that it was drafted without the most fundamental characteristic of legislation, that being a “definition section.” This bylaw attempts to outlaw certain activities such as swearing, yelling or screaming. However, nowhere in the legislation does it define such fundamental terms. The legislation clearly gives the police the 100 per cent discretion to determine what is appropriate yelling, screaming or swearing. It is possible that the police forces of Russia do not have this type of overriding discretion, but somehow the good council members of Taber feel that these powers should be granted to our police.

As an example, the legislation does not define what “swearing” is. Does this mean that the police are given the sole power to determine whether “darn” is a swear word or “crap,” or if you take the Lord’s name in vain in public, is that a swear word? Also, the legislation is drafted such that if I am having a private conversation with a friend and I so much as say quietly under my breath a word that the police department considers a “swear” I can be arrested and fined.

To say that this is ludicrous is an understatement. The same analysis can be used for “yelling and screaming” in a public place. This means that the soccer mom who yells encouragement to her child or screams in delight following a goal can be fined. There is absolutely no exceptions stated in the legislation for any type of activity where yelling and screaming is not only accepted but encouraged. With this new bylaw, W.R. Myers High School must immediately start posting “no cheering” signs for the provincial basketball tournament if they want to stay on the right side of the law. Countless numbers of scenarios can be thought up with this ridiculous bylaw. Does a father who stands on his porch and yells for his children to come home for supper get a ticket, or does only those people who gather at the downtown park on a Sunday get a ticket? The way the legislation is drafted, it is totally up to the police.

The bylaw also makes it illegal to “loiter” in any public place, but it does not define what “loitering” is. The dictionary definition of “loitering” is to “linger in one particular place….”
Does that mean that the Taber police have the power to ticket the two senior citizens sitting on a park bench discussing the weather, or will they only ticket the five youths who are in the same park for the same amount of time?

Once again, the reason this entire piece of legislation will almost certainly be thrown out is that it is so poorly drafted that it provides no guidance whatsoever and gives the police the entire discretion to make such determinations. This entire concept is counter to our entire Canadian system of law and freedoms.

Lastly, the reason that this abysmally drafted bylaw is doomed to the waste bin of history is simply because it attempts to limit or take away fundamental rights which are enshrined in our Canadian Charter of Rights. Paragraph 12 of the Community Standards bylaw suggests that the police have the power to disperse any assembly of three or more people if the police officer has reasonable grounds to believe that the assembly will disturb the peace.

What this means is that any cop can break up any assembly of three or more people, even if they are peaceful at the time, if the police officer, in his discretion, believes that at some point in the future they may disturb the peace. So apparently, our police are clairvoyant or have access to a crystal ball to be able to determine that some group may, even though they are peaceful at the time, disturb the peace in the future. The absolute most terrifying aspect of this provision is that it gives the police the sole discretion to make this call. The whole purpose of the Charter of Rights and Freedoms is to protect citizens from the police and their use of such “discretion.” As a lawyer, I can say that this section is so outrageous and badly drafted that it is simply laughable. It truly does attempt to create the Peoples Republic of Taber.

Literally an entire article in the Alberta Law Review could be written on this disastrous bylaw. However, space simply does not allow an analysis of every single section of this bylaw which frankly could have taken place. There is very little, if anything, that will stand any court challenge. As such, if any individual is charged under this bylaw, I would encourage them not to pay the fine and go to Court. It is almost a certainty that most, if not all sections, of this bylaw would be struck down by the Courts. One explanation that I have heard in the community for this bylaw is that it is simply an amalgamation of previous bylaws with exception of the “restriction on freedom of assembly” section which is a whole new evil creature. With all due respect to those that are using this as an excuse, it simply is not an argument to say that because we have some improper and archaic old piece of legislation on the books it is perfectly all right to continue with the same mistakes that occurred in the past. I would remind our esteemed council and police commission that we are living in the year 2015 in Alberta, Canada and not 1965 North Korea.

Having practiced for the last 16 years in Taber, I am often confronted by “Big City” lawyers in Calgary and Edmonton who scoff at “small-town practitioners”. We are seen as “hayseeds” and “rubes.” It is exactly this type of ridiculous bylaw that propagates and feeds this stereotype and misconception. Having had the opportunity to discuss the media coverage of this bylaw with my non-Taber legal colleagues, I can advise that our council has firm added to this stereotype.

To have a council of a small town pass a piece of legislation that flagrantly infringes upon peoples’ entrenched rights and in essence creates a potential “police state” is very sad. It is my sincere hope that the intelligent critique presented by the lone dissent of Coun. Joe Strojwas be adopted by the rest of the town council and this abysmal bylaw be stricken from the books.