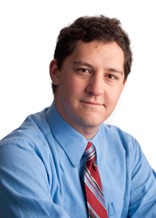 What is the most important issue facing the riding?: Healthcare and infrastructure funding

What is the most important issue facing the province?: Finding a stable source of funding for the province and getting of the bitumen roller coaster

If you could change one thing from the budget released on March 28, what would it be?: I would reverse the cuts to healthcare

Why should the voters choose you?: The Progressive Conservatives have had 44 years to plan for fluctuations in oil prices and yet they’re caught of guard every time the price changes. We’ve seen that the Wildrose are not an effective opposition. It’s time for an MLA and a leader who’ll actually stand up for the people of Cardston-Taber-Warner, and that’s what they’ll get with me and Rachel Notley and the Alberta NDP.

Favourite quote: “Far better is it to dare mighty things, to win glorious triumphs, even though checkered by failure… than to rank with those poor spirits who neither enjoy nor suffer much, because they live in a gray twilight that knows not victory nor defeat.” -Theodore Roosevelt

The last book you read: “It Can’t Happen Here!” by Sinclair Lewis