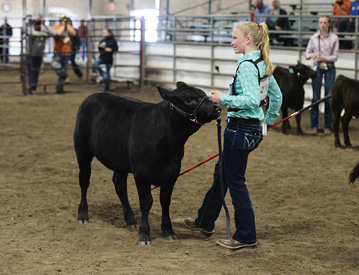 The Taber Agri-Plex was busy on Saturday, May 20 with 4-H beef members from across southern Alberta.

In the morning, it was a beef learning day in which 4-H members attended four different sessions to learn the many opportunities of 4-H and how to properly manage your beef project and stall.

They had an ID station in which they had to identify different beef veterinarian supplies, then learned about the inside workings of a cow, and wrapped up the morning by building a replica of a cow’s stomach with recycled material.

The afternoon was the South Regional 4-H Heifer Show which resulted in the following: