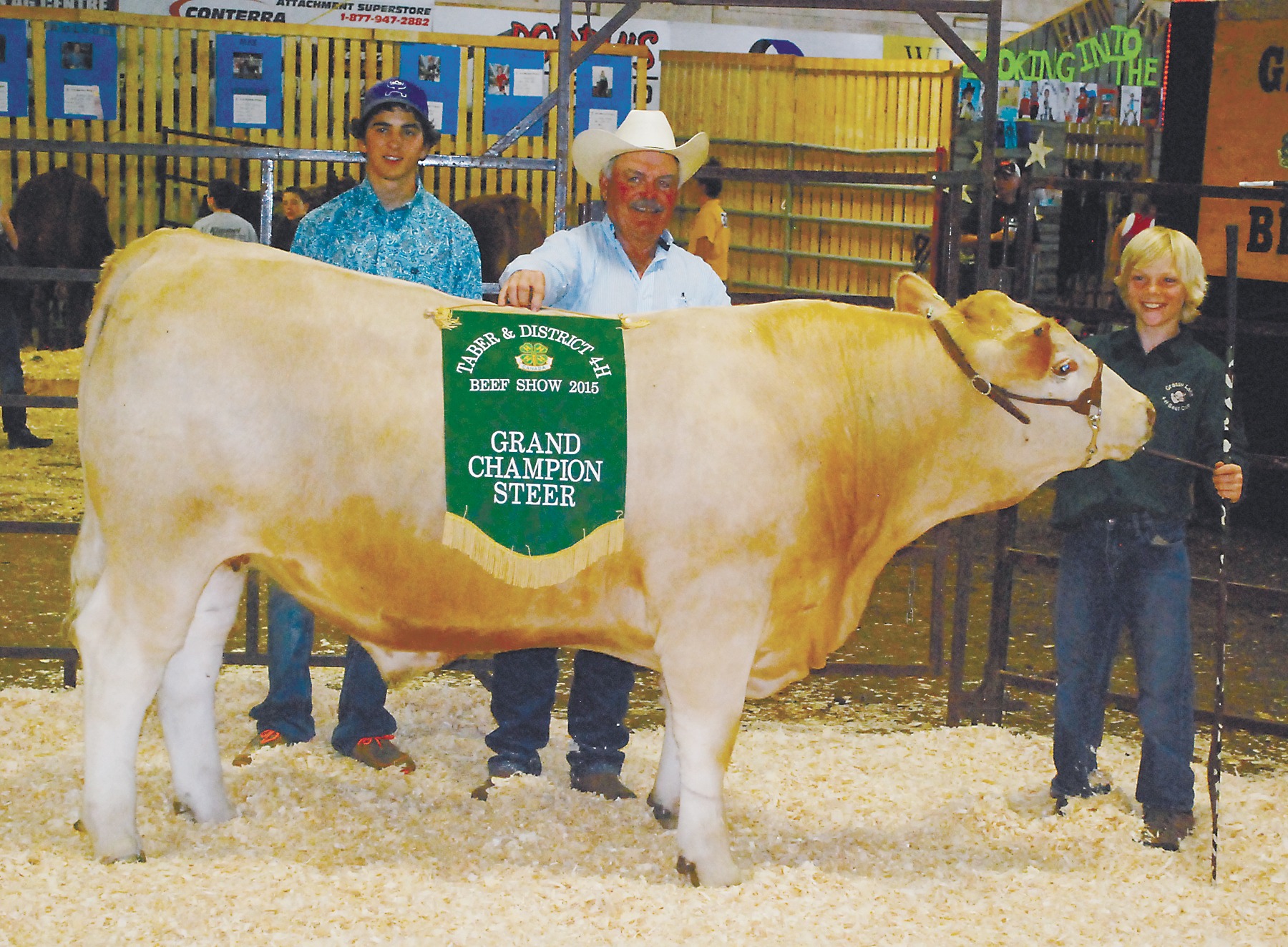 Grassy Lake 4-H Beef Club got bragging rights at the 2015 Taber and District Show and Sale, as member Gideon Tams showcased his District Grand Champion Kevin, earlier this month at the Taber Agri-Plex.

“The judges said they liked the butt width. They liked how it was shaped. They said it was a solid animal,” said Tams.

Tams noted he helped raise the animal on the family farm since November, in which he fed the animal grain and spent about 10 minutes per day tending to the animal.

“You sit with him in the pen at the beginning of the year, but once it gets older, you put the halter on it, leading him around. Once you are about one or two weeks away (from the show and sale), you put the show halter on to get him used to that and you lead him around.”

When asked if Kevin was well behaved in Tams leading him around, Gideon gave a sheepish smile in his reply.

“Sometimes —sometimes he’d try and push me over.”

Tams added 4-H is a way for him to raise money for college if he wants to go there.

“It also teaches me how to work with cattle. It’s helped me a lot,” said Tams of 4-H, adding it is his second year in the organization.